In November, Greek anarchist prisoners and other comrades made the call for a “Black December” of action “against the world of Power”, and remembering the Greek uprising that began 7 years ago after the killing by cops of Alexis Grigoropoulous on 6 December 2008. ContraInfo are maintaining a timeline of Black December actions carried out worldwide. Here it is so far (links are to reports on ContraInfo).

Greek prisons – Open letter of anarchist prisoners Nikos Romanos & Panagiotis Argirou for a Black December, for the anarchist offensive against the world of Power; in remembrance of Alexandros Grigoropoulos and Sebastián Oversluij (published Nov 10th 2015)

Greece – Graffiti in the city of Volos

Brazil – Four incendiary attacks by Carlo Giuliani Cell of M.I.A. (Anarchist Insurgent Movement) against bank branches in the city of São Paulo in the early hours of Nov 16th

Greece – Individualities & collectives throughout Crete to coordinate with each other ahead of Black December, following an initiative of comrades from Rethymno (Nov 22nd)

Mexico – A poem from Tijuana

Greece – Event-discussion organised by Utopia A.D. squat in the city of Komotini on Nov 28th

Greece – Incendiary attack against the Hellenic Post (ELTA) branch in the district of Pefki by Combative Anarchy/FAI-IRF in Athens in the early hours of Nov 23rd (communiqué dated Nov 30th); “Strength and complicity to the arsonists who set fire to social peace and sabotage the social normalcy in Brazil, Chile, Mexico, spreading Black December in every corner of the world”

Greek prisons – “Requiem for a Journey of No Return”: Testimony to revolutionary memory from anarchist prisoner Nikos Romanos on what preceded the assassination of Alexandros Grigoropoulos on December 6th 2008 (received Nov 30)

Argentina – “About anarchic projections”: Some thoughts from an antiauthoritarian individual in Buenos Aires (published Nov 30th)

Chile – Joint communiqué of five direct action groups in response to the Black December call from Greek prisons (published Nov 30th); “Let’s continue, compas, let’s advance towards total liberation, towards anarchy… Along with our sisters and brothers kidnapped in the prisons of Power, and along with our clandestines who evade the cops in Chile, Greece and the world… Along with our dead sisters and brothers in Chile and Greece: Heriberto Salazar, Christos Kassimis, Christos Tsoutsouvis, Michalis Kaltezas, Norma Vergara, Claudia López, Jhonny Cariqueo, Alexandros Grigoropoulos, Mauricio Morales, Lambros Foundas, Pavlos Fyssas, Sebastián Oversluij, Jorge Saldivia, Javier Recabarren, Spyros Dravilas, and so many others…”

UK – Call for a New Year’s Eve noise demo outside prisons by London ABC (published December 1st); also in support of the call for a Black December

Mexico – Placement of homemade incendiary device by Non Terrae Plus Ultra Destructive Cell at parking lot of the Xochimilco borough building, in Mexico City, on night of December 1st

Mexico – Slogans and a greeting to Carlos López “El Chivo” (who went underground in April 2015) by the Insurrect Cell of Chaos in Tijuana on night of December 1st (received December 2nd); “Black December”, “Fire to the prison”, “Strength, Carlos López”

Chile – Book recommendation by the Sante Geronimo Caserio Autonomous Library in Santiago: “Promise of War – In memory of nihilist of praxis Sebastián Oversluij Seguel”; “We recommend this edition [of 2014] not only to remember comrade Angry but also, from this humble trench, to ignite the engines a little bit for what this Black December will be. We welcome the initiative, and from here we send a fraternal revolutionary greeting to all comrades who lift memory and action”

Greece – Banner by Individualities for the Anarchist Insurgency in the district of Neos Kosmos in Athens (published December 2nd); “We will smash the displays of your happiness – Onward for a Black December”

Greece – Skirmishes with cops in Exarchia on night of December 4th

Greece – Event at the Squat 111 in Thessaloniki, including phone conversation with anarchist prisoner Nikos Romanos, on December 5th at 18:30

USA – Third issue of Wildfire dedicated to the memory of Kuwasi Balagoon & William Avalon Rogers, in the spirit of Black December

Greece – Placement of homemade incendiary devices by Alexandros Grigoropoulos Cell/FAI-IRF at car and the house entrance of Laliotis, former minister of PASOK party, in Lycabettus area in Athens in the early hours of December 4th (communiqué dated December 5th)

Greece & Cyprus – December 6th demonstrations 7 years since the murder of Alexandros Grigoropoulos in various cities of the Greek territory, such as Thessaloniki, Komotini, Ioannina, Karditsa, Lamia, Volos, Larissa, Trikala, Agrinio, Patras, Kalamata, Heraklion & Rethymno on Crete Island, Mytilini on Lesvos Island, central Athens, & in Limassol, Cyprus; main banner in Trikala: “Onward for an indefinite Black December – Because no December is ever finished (A)CAB”; one of the slogans chanted in Mytilini: “Koumis, Kanellopoulou, Michalis Kaltezas, Alexis Grigoropoulos, this is Hellas”; late evening riots in some cities & several hours of clashes in Exarchia

Greece – University premises tagged in the city of Xanthi on December 5th & 6th (received December 8th); banner drop: “Anarchist Alexis is present in the discourse and deeds of insurrectionary anarchy – Rage and consciousness”

Chile – Poster for a Black December

Germany – Cars torched in Berlin in the early hours of December 6th (published December 10th); in remembrance of Alexandros Grigoropoulos

Chile – Offices of the Socialist Party in Santiago attacked with black paint in the early hours of December 10th; in remembrance of Sebastián Oversluij 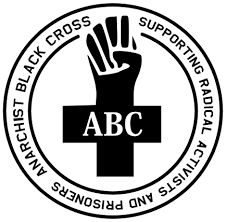